Something everyone should have on their bucket list: taking a gondola ride in Venice. Evidently most people must think this way, as today there are about 400 gondoliers plying the waters of Venetian canals each day ferrying almost exclusively tourist clientèle. 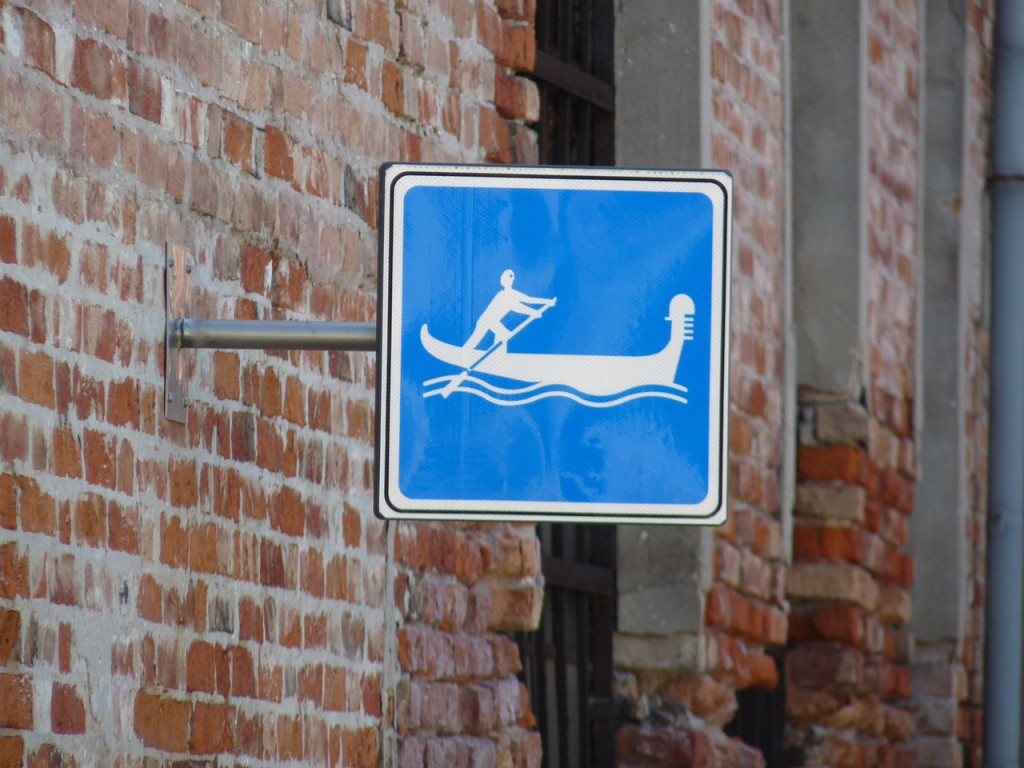 As everyone know,s Venice is built on a series of over one hundred islands interlaced with canals so inner city transport has always been mostly by boat, only one type of which evolved into what is considered the gondola of today. Gondolas were once for the rich and noble, starting in the Middle Ages when horses were banned from the city streets, and culminating in the height of usage in the early 19th century when ten thousand gondolas were to be seen. 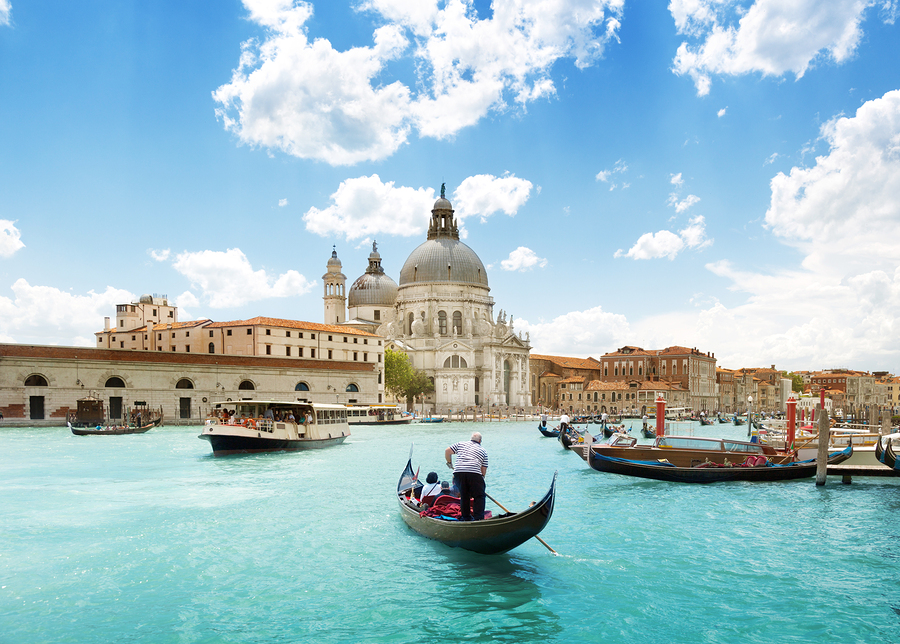 Gondola on the Grand Canal

Gondola licenses are now regulated by a special institution so only a limited number are available, and these can be willed. Gondoliers themselves are subject to rigorous training including apprenticing and examinations in, not only rowing skills for these unique craft, but also in knowledge of Venice’s landmarks and historical background. Most gondoliers can speak some English. They are required to wear a uniform of dark pants, striped shirt, and closed-toed dark shoes (safety). There is a special hat but it is not always worn.

The gondolas themselves were once required (and now by tradition) to be painted black with up to five coats of paint necessary. This law was enacted to prevent the rivalry that evolved around their decoration by early Venetian nobles. Building a gondola is a skilled art which you can still see today by visiting the Accademia neighbourhood. These boats are about thirty-five feet in length with a five foot width, the left side (port) is always longer than the starboard (right) to compensate for the rowing action. The gondolier stands at the stern of the vessel, and both rows and steers using a long oar (no poles!) Gondolas last about fifteen years, having to be resealed every month and a half against corrosion.Many are highly decorated both inside and out, with certain features symbolic of Venice. For example, the ridges on the metal ferro on the prow all have meaning. Ask your gondolier to explain every ridge, shape and bump as they represent islands, bridges, canals and so on. If you see a gondola depicted in early paintings or historical dramas, it may also have a small cabin with Venetian “blinds” or louvers to protect the fares from the elements. This feature has been eliminated in modern boats. 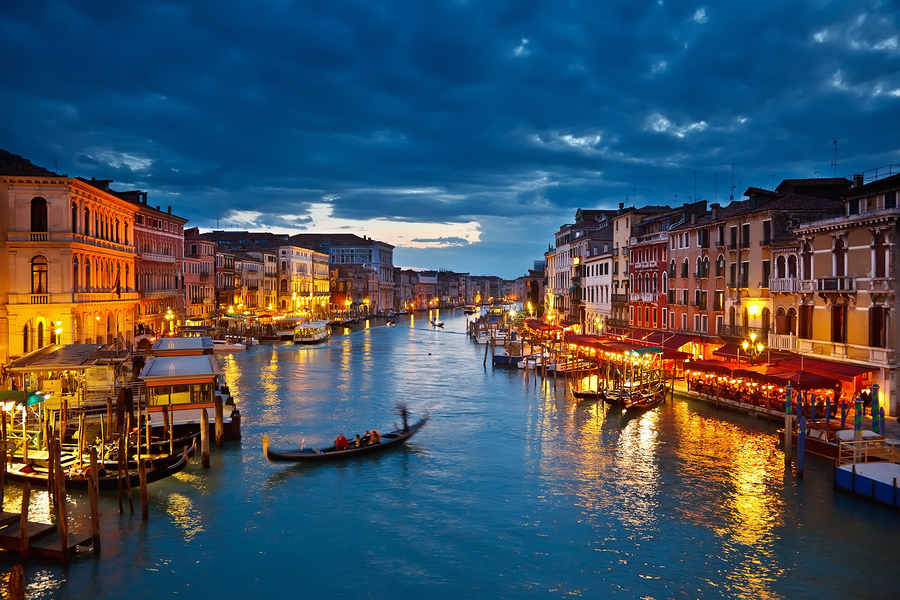 Rides are more costly at night.

What can you expect of a gondola ride? The fares, like taxi fares, are regulated with a standard ride lasting about 40 minutes. Expect a higher fare than a vaporetto which you may use to cross the Grand Canal (“public transport” as compared to “limousine”), and higher still if arranged through a third party, such as a tour company or your hotel. You will also pay higher fares at night. The fares are per ride so as many as five others may share your ride and split the fare. Most people think of a gondola ride as a romantic adventure however, so this usually is not the usual choice. By hiring a gondola outside of the popular tourist areas even by a few streets, you might experience a more enjoyable ride in less crowded canals.

Two things you should not expect when hiring a gondolier: the majority of gondoliers are men, and most gondoliers do not sing, romantic songs or otherwise ! 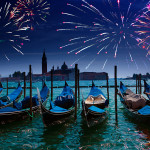 If you wish to experience a gondola ride in Venice, contact your cruise professional. They have access to a number of Mediterranean cruises that call at Venice each summer, river cruises on the Po river which are based at Venice, and of course the ability to add this lovely city as a land stay extension on any European cruise.

This article originally appeared on The Travel Bucket.
Photos courtesy of pixabay.com and bigstock.com