Adventures in a Town Named for a 5th Century Irish King

The first thing you should probably know about Dun Laoghaire, if  you are a visitor, is how to pronounce the name of this seaside town, situated about 12 kilometers and a short train ride, from Dublin. Our taxi driver threw this little tidbit into conversation as he drove us to our hotel, the Royal Marine, sitting high above the harbor. My guess – he had experience with many tourists mispronouncing the name. ” It’s Dun Leery,” he chuckled. I was relieved as I had no idea how to get my tongue around ” Laoghaire”. And one should always be able to say where you are staying in case you get lost, right?

Bliss. For a Maeve Binchy fan, Dun Laoghaire and Dublin are like heaven as one recognizes all the places in her novels. But even if you are not a devoted reader of her tales of Dublin characters and life, what a grand place to explore. In this post, we will touch on this seaside town, and we’ll explore the delights of Dublin in a later post.

The Harbor to the High Street

Below our majestic-looking hotel, the famous piers that took over forty years to build stretched out into the grey Irish Sea. Ferries could be seen coming and going in the harbor, one of the largest in Ireland, and important since the days of the king for whom the town was named. Except in those days the boats carried raiders to and from England, not tourists and businessmen as they do now. Lately, cruise ships frequent this harbor.

It was a cold and windy walk along the harbor front with shops and the odd café closed as it was now mid-September but if you are lucky ( which I was not), there is an antiques fair held in this area every few months. Instead of battling the cool wind, I headed up the hill away from the water toward the city center and shopping. The main shopping area is concentrated around St. George’s Street but rather than window shopping, it was more interesting to people watch. (Dublin in my experience is where to go for serious souvenir shopping.)

Even on such brisk Fall days as I was experiencing, you could spot toddlers barefoot in strollers with only their red cheeks displaying any hint of the weather. They didn’t seem to mind at all! I found the local pubs were not filled with fiddlers and dancers as you see in advertisements of Ireland, but were much like the corner restaurants at home except for the tasty fare of lamb stew and Guiness on offer.

Base for Explorations of SE Ireland

Dun Laoghaire makes a great base for exploring this part of Ireland. Be sure to see the Joyce Tower (free, open daily) in Sandycove named for the famous novelist, James Joyce, who stayed there in a Martello tower built during the Napoleonic Wars. He was inspired by the landscape and described it in his novel Ulysses . The National Maritime Museum of Ireland in the Mariner’s Church near the East Pier is another fascinating place. It is open daily with reasonable admission. Look in the nearby park for the anchor of the RMS Leinster torpedoed in 1918 with the loss of 500 – only one of many maritime disasters locally over the last two centuries. If you are a movie buff, you may wish to walk the East Pier as it has been featured in the movie Michael Collins with Liam Neeson.

Going outside of the city to the west, I suggest a visit to Glendalough ( pronounced Glen-da-low) with its ruins of an ancient Irish settlement, church, tower and graveyard with a modern interpretive center close by. If you are adventurous, you can walk the magical tree-lined trail beside the lake and imagine faeries behind every bush. Or visit instead the Hill of Tara, meeting place of the High Kings of Ireland. Watch where you step as the grassy hillside which you reach through a church graveyard is mowed by sheep! Even the rocky and barren Wicklow Pass is worth a drive to see the contrast to the rich green lowlands surrounding it.

Dun Laoghaire has many nicknames from the Gateway to Ireland to the Irish Riviera – and it deserves them all. Be sure to visit this city on your next visit to Ireland.

Visit Cobh on a day trip from Dun Laoghaire 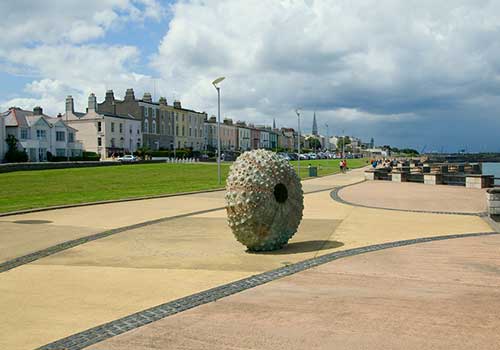 “Hedgehog” along the harborfront 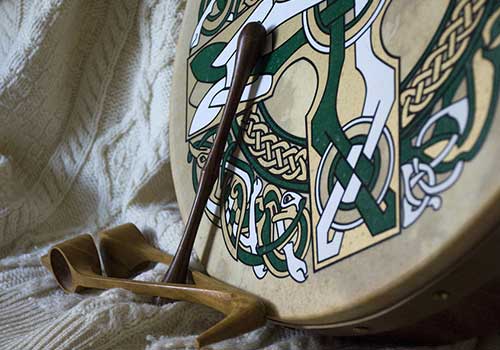 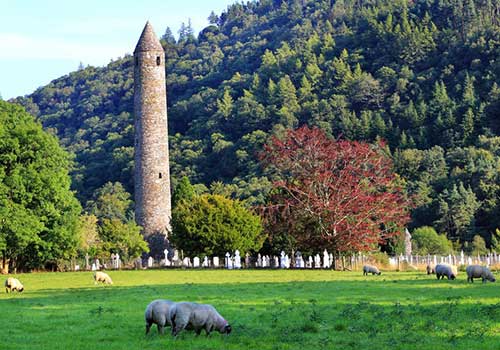 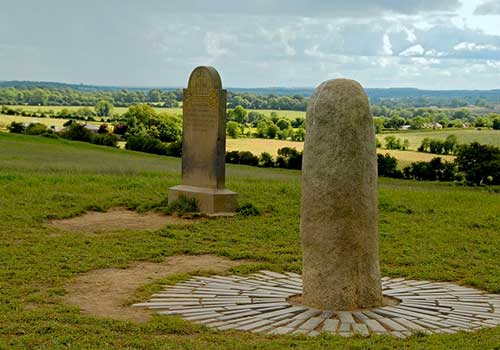 Stone of Destiny, Hill of Tara 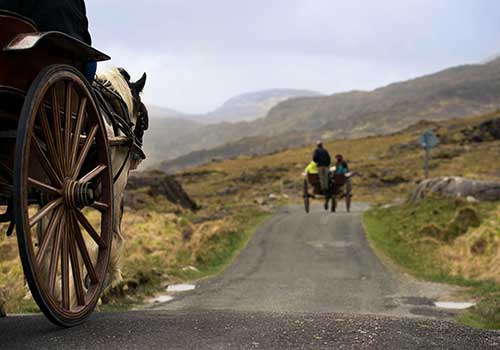 Back Roads and Hills

Want to read more about fun adventures in Ireland?  Like a bit of history? Kiss the Blarney Stone at Blarney Castle!